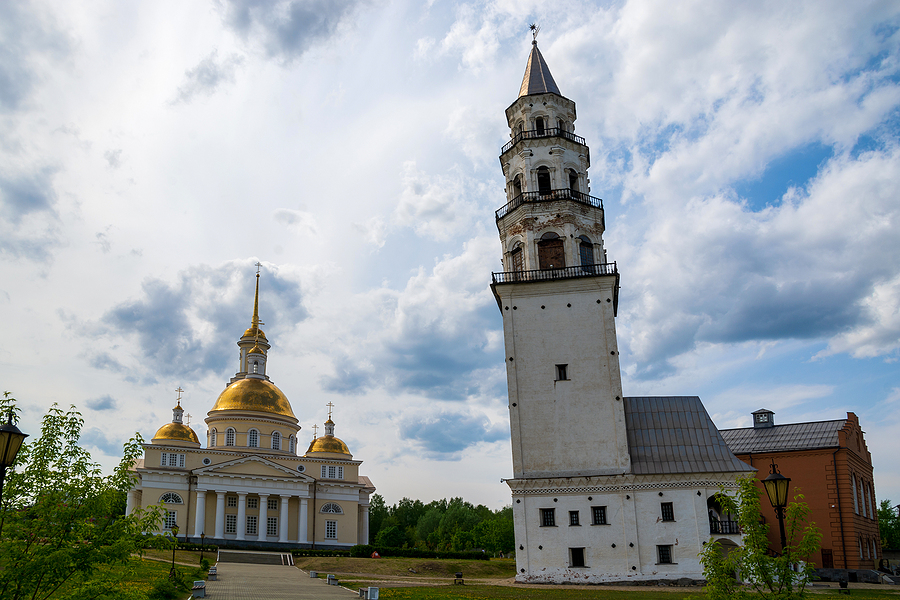 What Was The First Reinforced Concrete Structure?

It is difficult to imagine a construction world before concrete was reinforced with steel rebar.

Concrete is a material with immense compressive strength, but its tensile strength is so weak that many larger concrete structures that had no reinforcement would simply fall apart.

It is widely believed that the first concrete structure that was reinforced with iron beams (before the Bessemer process made steel affordable) was the all-concrete house constructed by Parisian builder François Coignet in 1862.

It was also believed that Joseph Monier, a French gardener, created and patented the idea of reinforcing concrete flowerpots with an iron mesh that would improve its structural rigidity before the concept was applied to floors by François Hennebique in the late 19th century.

However, there is one building that uses iron rebar that predates all of these developments by over 130 years.

The Leaning Tower of Nevyansk was designed by an unknown architect but was filled with technological advances a century or more ahead of their time. The roof had the first cast-iron dome in the world, not seen in the rest of the world until the Mainz Cathedral was reconstructed in 1826.

The top of the tower has a tiny gilded sphere which has been interpreted as a lightning rod 28 years before Benjamin Franklin’s breakthrough discovery.

Finally, and most fascinating of all, the tower has a large mesh of grounded iron bars, which makes the tower the first reinforced concrete building in the world.

What amazes architects further is that the iron bars used to make it have a 99.6 per cent iron composition, unheard of in the era of pig iron, with no corrosion to this day.