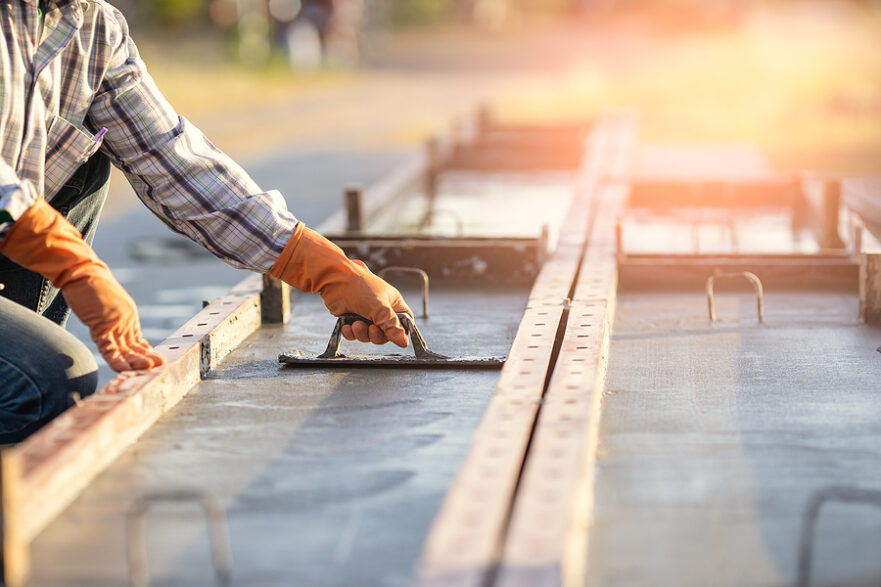 Mayfield Depot in Manchester has become the first development to commercially use Concretene, a greener and cheaper alternative to concrete.

Concretene is a blend of concrete and graphene, a 2D substance discovered by the University of Manchester‘s Graphene Engineering Innovation Centre and Nationwide Engineering in 2004. Graphene is the world’s strongest material; it is incredibly thin, only one atom thick, conducts both heat and electricity and is very stretchy.

Concretene is a formula that allows graphene to be evenly distributed throughout the concrete, which produces a stronger mixture that can be poured just like traditional concrete. It reduces the amount of concrete needed by 30 per cent and shortens the curing time from 28 days to 12 hours.

However, the biggest advantage of Concretene is that it does away with the need for reinforced steel, reducing the project’s carbon emissions by around 22 to 34 per cent.

At Mayfield Depot, an food and entertainments venue and urban regeneration project, Concretene was poured to create a 2,480 sq ft mezzanine floor for a roller disco at Escape to Freight Island. The use of Concretene reduced the amount of carbon emissions for the slab by 4,265kg.

“Not only is this our first commercial use of Concretene, but also the first suspended slab as used in high rise developments,” he said.

“As world leaders in graphene-enhanced concrete technology, the interest from the international building industry has been beyond expectations, as looming legislation is forcing significant carbon reductions throughout construction.”

If you’re looking for concrete reinforcement in Leeds, get in touch today.